Forever indebted to the bravery of the 54th

CONCORD, NH — The New Hampshire Department of Education, in collaboration with the Woodson Center, is releasing its second of four videos recognizing Black History Month.

As part of the ongoing Stories of Courage project, this week’s video highlights the more than 1,000 Black volunteer soldiers who enlisted in the 54th Massachusetts Infantry Regiment in 1863, fighting in the Union’s armed forces with bravery.

“This unique series of videos provides educators and students with inspirational stories of individuals who have overcome discrimination and oppression,” said Frank Edelblut, commissioner of education. “In this second episode, the soldiers of the 54th embody courage and provide children of all ages, including those economically disadvantaged students who were disproportionately affected by the pandemic, an exemplar to strive for and encouragement to conquer challenging obstacles.”

It was in January of 1863 when President Lincoln’s Emancipation Proclamation went into effect, and the Union Army began recruiting Black Americans to fight in the Civil War. Thousands answered the call. Soldiers of the 54th Massachusetts Infantry Regiment came from all over the country, dedicated to both the destruction of slavery and the advancement of racial equality nationwide. Their heroism transformed the conflict from a battle to preserve the Union to a grand struggle for freedom.

“In this video and lesson we bring the story once captured in the 1989 movie “Glory” into a shorter format to introduce the groundbreaking achievements of this all Black regiment and the pivotal role it played in the Civil War and American history at large,” said Ian Rowe, a Senior Visiting Fellow at the Woodson Center and narrator of the video.

The second video in the Stories of Courage project may be viewed here, and materials for its corresponding lesson plan are available here.

CAPTION: In 1863, the Union army began recruiting Black Americans to fight in the Civil War. Shortly thereafter, the 54th was formed. (Still photograph from video produced in partnership with the New Hampshire Department of Education and the Woodson Center, with assistance from independent videographer Luke Crory of New Hampshire.) 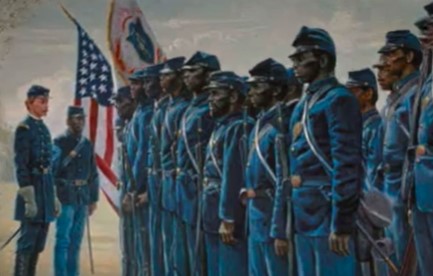 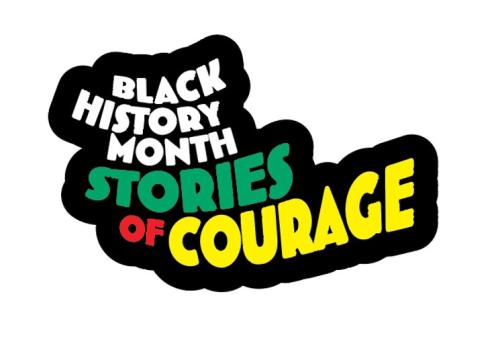