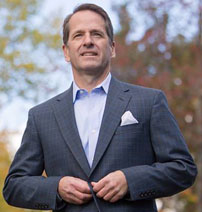 Developments in the Concord School District over the last several weeks have put a spotlight on a number of things, including New Hampshire’s educator credentialing.

For those who have not been paying attention, it was recently revealed that the Assistant Superintendent, who has served in that position since 2011, had not qualified to hold an Assistant Superintendent credential by the State Board of Education. One of the shocking aspects of this revelation was the fact that the individual had been recognized by the New Hampshire School Administrators Association in 2018 for her exemplary work.

Shortly after the first revelation, we learned that the Business Administrator, who has served since 2012, was not credentialed for that position either. Anyone who has worked with this business administrator will attest that he is one of the best in the state, bringing strong financial and business competency to the job.

The purpose of the credentialing system is to validate an individual's skill to perform a job. In theory, there should be a very clear distinction between the performance and capability of one who holds a credential and one that does not, so that the differences are obvious. The recent developments in Concord call into question whether those hurdles we ask educators to jump over to receive a credential effectively distinguish their ability to do their job or not.

The New Hampshire educator credentialing system, like many other education systems, is an input-based performance system. What that means is that the inputs are measured, not the outputs. To qualify for an educator credential, the state has established varying levels of hurdles which an individual must jump over to qualify. Once qualified, an individual holds the credential. The input requirements for a Superintendent/Assistant Superintendent run about five pages long. A Business Administrator goes for eight pages.

The Legislature has long required that all New Hampshire educators be credentialed, and the State Board of Education has set the input-based qualifications. Let's revisit those standards. Do we need pages and pages on inputs to determine if someone is worth hiring? Or can we give school districts, superintendents, and school boards broader flexibility to hire the right person for their school? I’d like to see a system that rewards experience, ability, and performance more than a long list of qualifications that narrows the pool of potential candidates.

This does not excuse officials in the Concord School District ignoring the credential requirements for the past several years. I’m willing to look at the rules that school districts have to follow and to give them more flexibility in hiring. But the rules we put in place must be followed. That is a question of integrity. Concord officials didn’t seek a waiver for educator credentials. They just ignored the rules, while other school districts had to follow them.

I am troubled by professionals who would hold themselves out as having a credential when they did not meet those requirements. We need to play by the rules. But I think it’s time the rules made it easier for school districts to hire the best people for the job.

Frank Edelblut is Commissioner of the New Hampshire Department of Education.