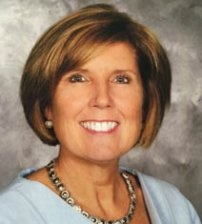 Christine Brennan was sworn in as Deputy Commissioner on October 16, 2017. Her term runs through October 21, 2021. The Deputy Commissioner manages the internal operations of the organization. Brennan began her career in education in the Manchester School District when she was hired in 1987 to teach first grade at Wilson Elementary School. She was in that role for 20 years, then worked as a literacy specialist there from 2007 until 2010. As an administrator, Brennan served as assistant principal at Wilson and Jewett Street elementary schools before arriving at Beech Street in the same position in 2012. She had been principal of Beech Street since March of 2014.

Brennan's time at Beech Street is highlighted by technology improvements, renovations that included putting up walls to close off the open concept classrooms of generations ago, and moving students and faculty into the "academy model" of instruction – creating small schools within the larger school to enance personalized learning and relationships. She says she is looking forward to the opportunity to make sure children across the state receive a quality education.

The Deputy Commissioner's Office consists of:

Assists the Legislature, school districts, and citizens regarding the laws, rules, and administrative hearings pertaining to education in New Hampshire.

Has the lead responsibility for managing the Department's budget and maximizing resource utilization. The unit is responsible for providing budget management, procurement, and coordination with all other support groups on financial issues.

In New Hampshire includes children Birth – Grade 3 and their families.